The design concept is not only a response to functional standards of a parliament; but is also transcends the function by reflecting local Iraqi culture, with all its versatility and richness, deriving from its different sociological, ideological, and religious backgrounds.

This fine harmony between function and expression enables the concept to be described as “routed modernism”.

Iraq’s cultural richness is represented by vertical elements rising up from the back wall, in the form of verses of poetry by Iraqi poets that differ in culture, religion, background, and era, though they all share the same loyalty to the same place: Iraq.

These vertical elements swivel swiftly into the horizontal plane, to flow along with the ceiling and blend in harmony with the central elliptical part, representing the way all Iraqis embrace the concept of “One God”.

The central elliptical part is embellished with Quranic verses about “One God” to remind how these sacred words interact with each other, just like Iraqi mosaics. All of this is wrapped around a central lighting feature that shines overhead, recalling the land’s history, it’s everlasting civilization, and spelling out the word “IRAQ”. 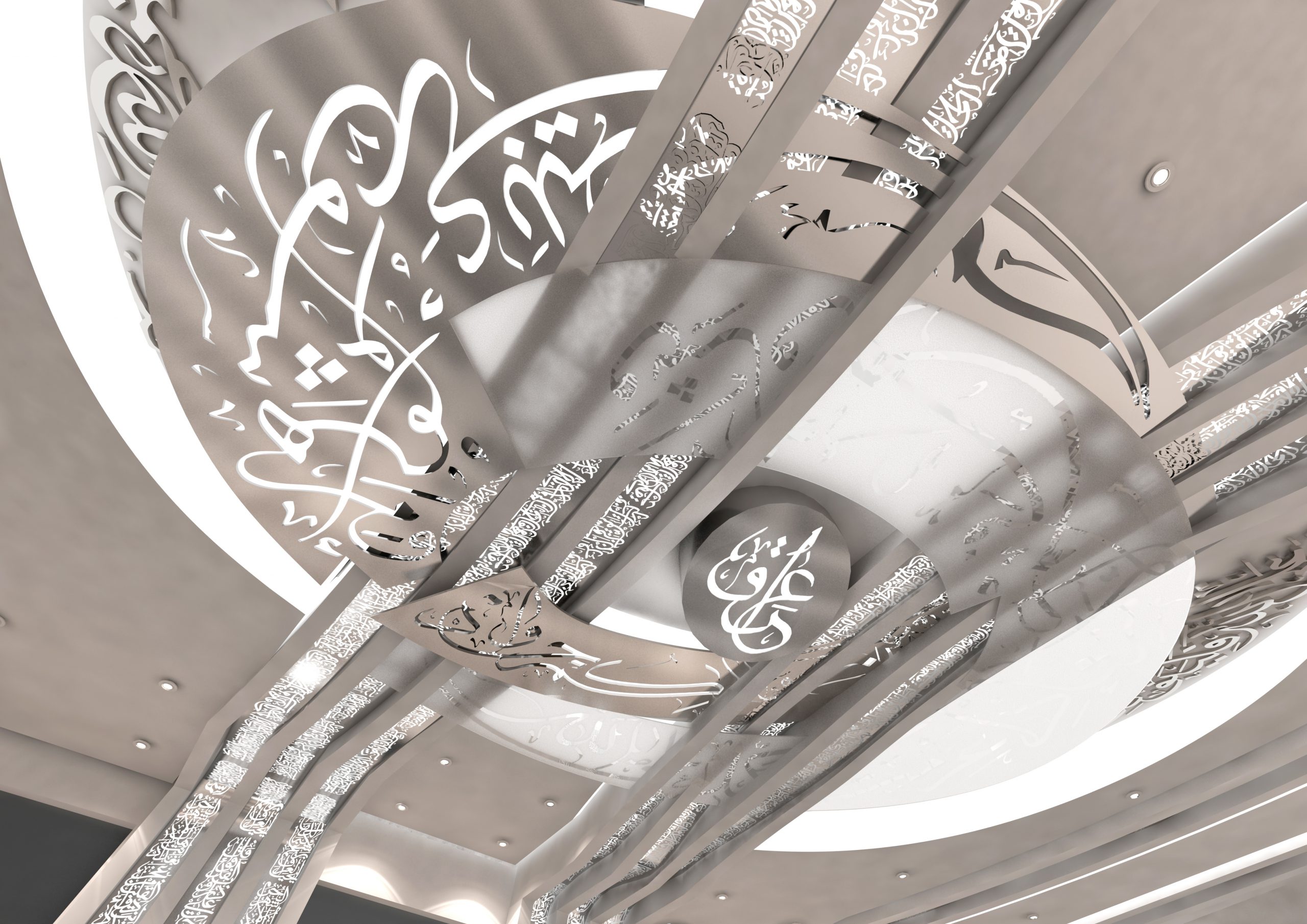 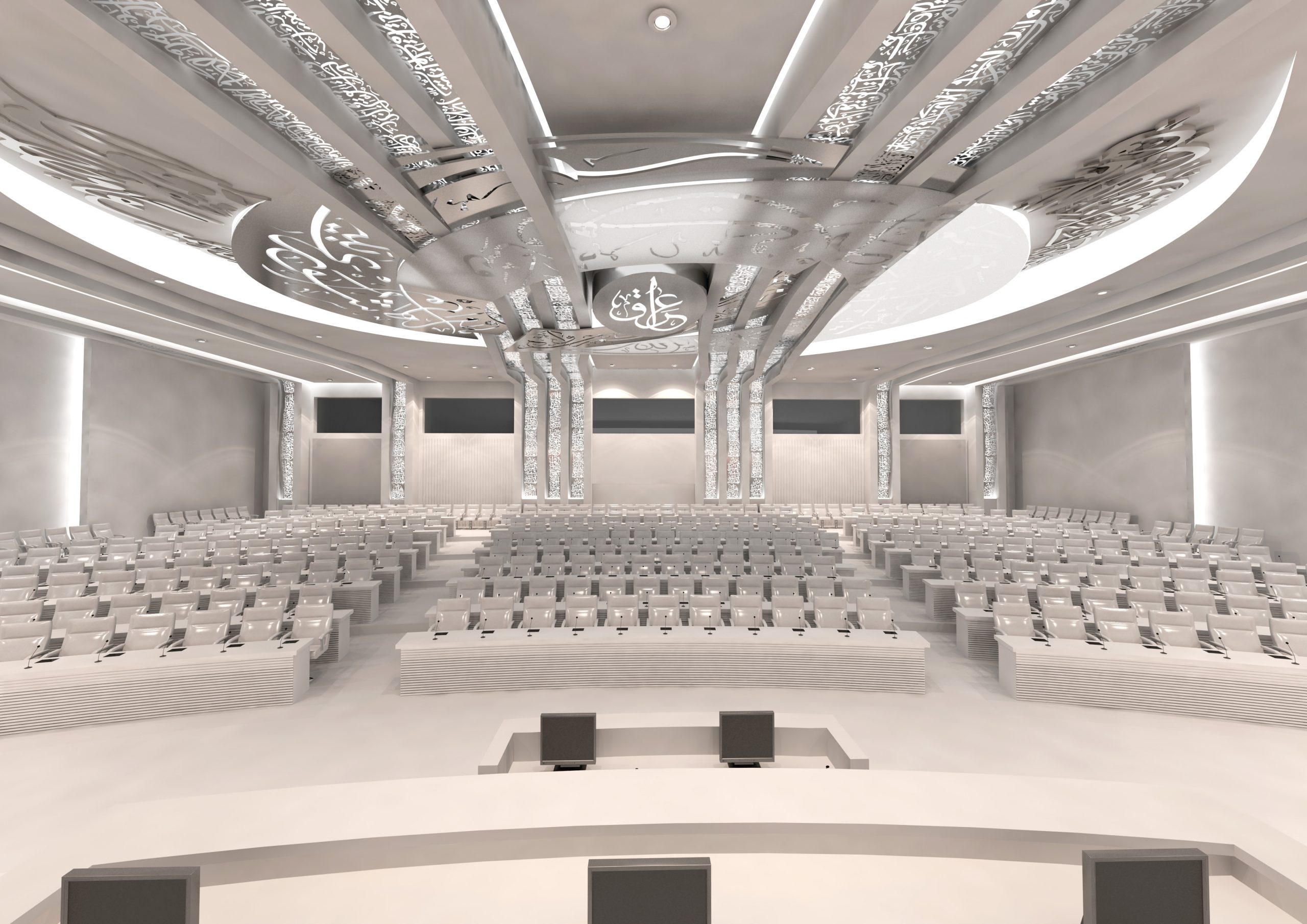 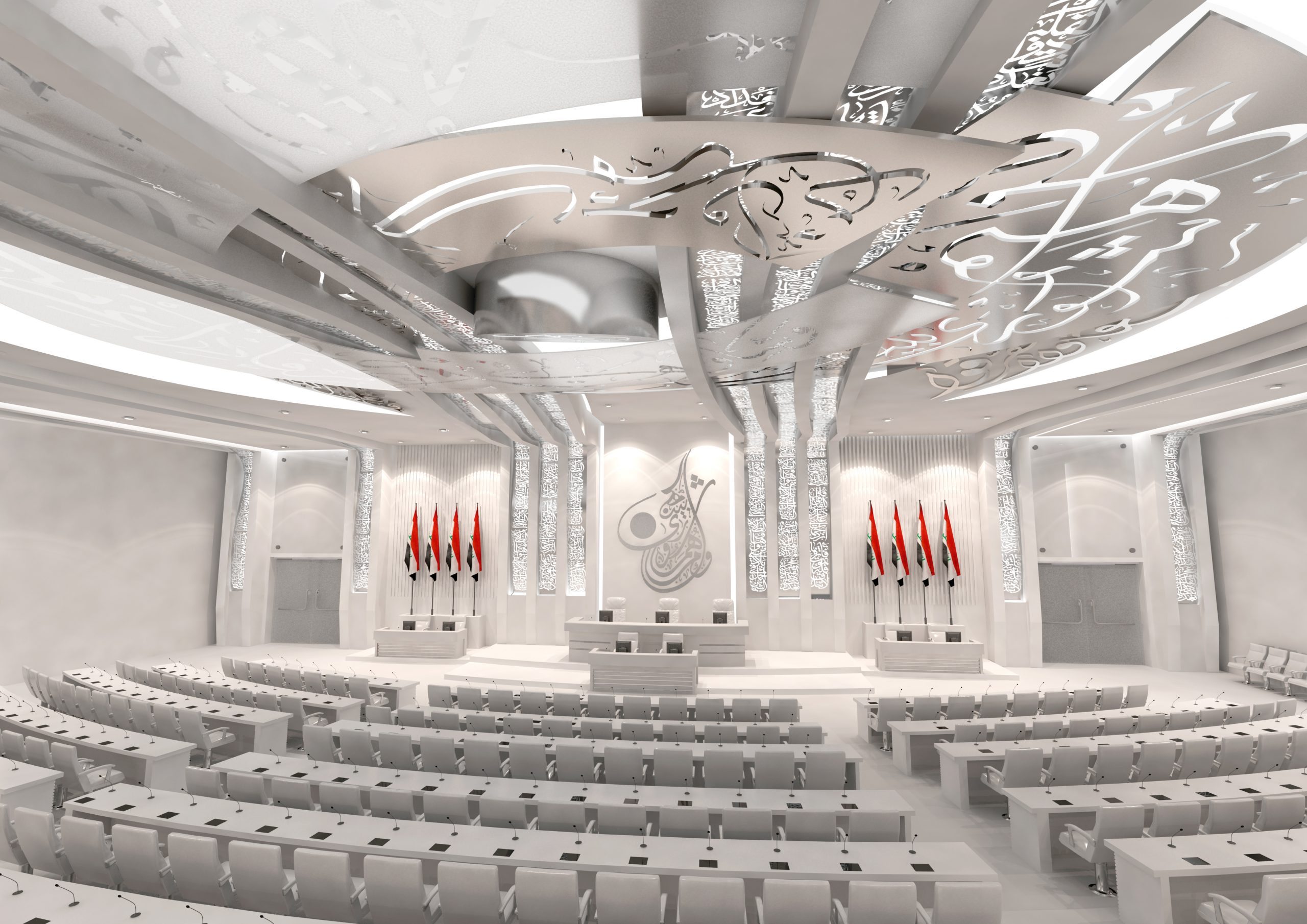 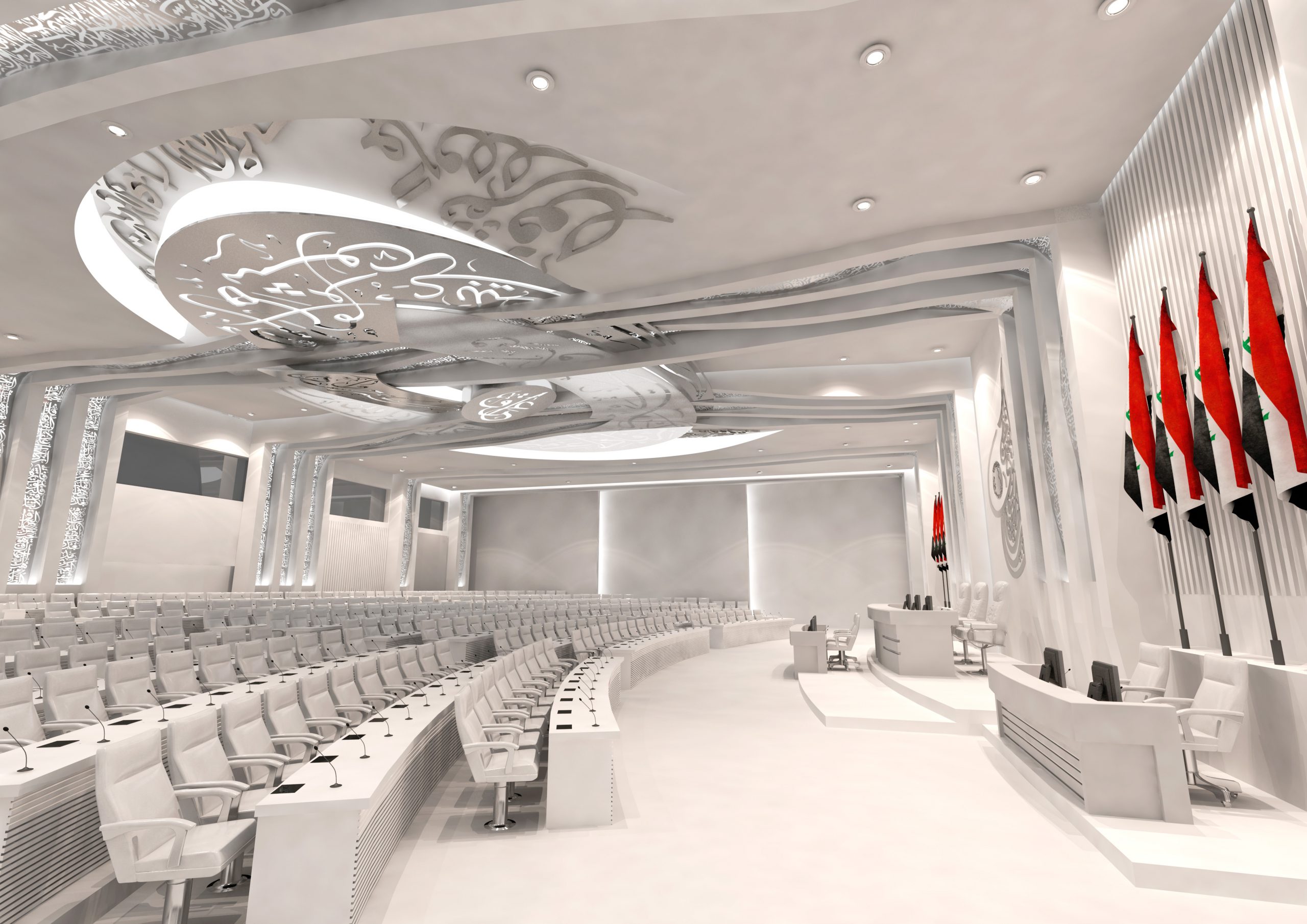 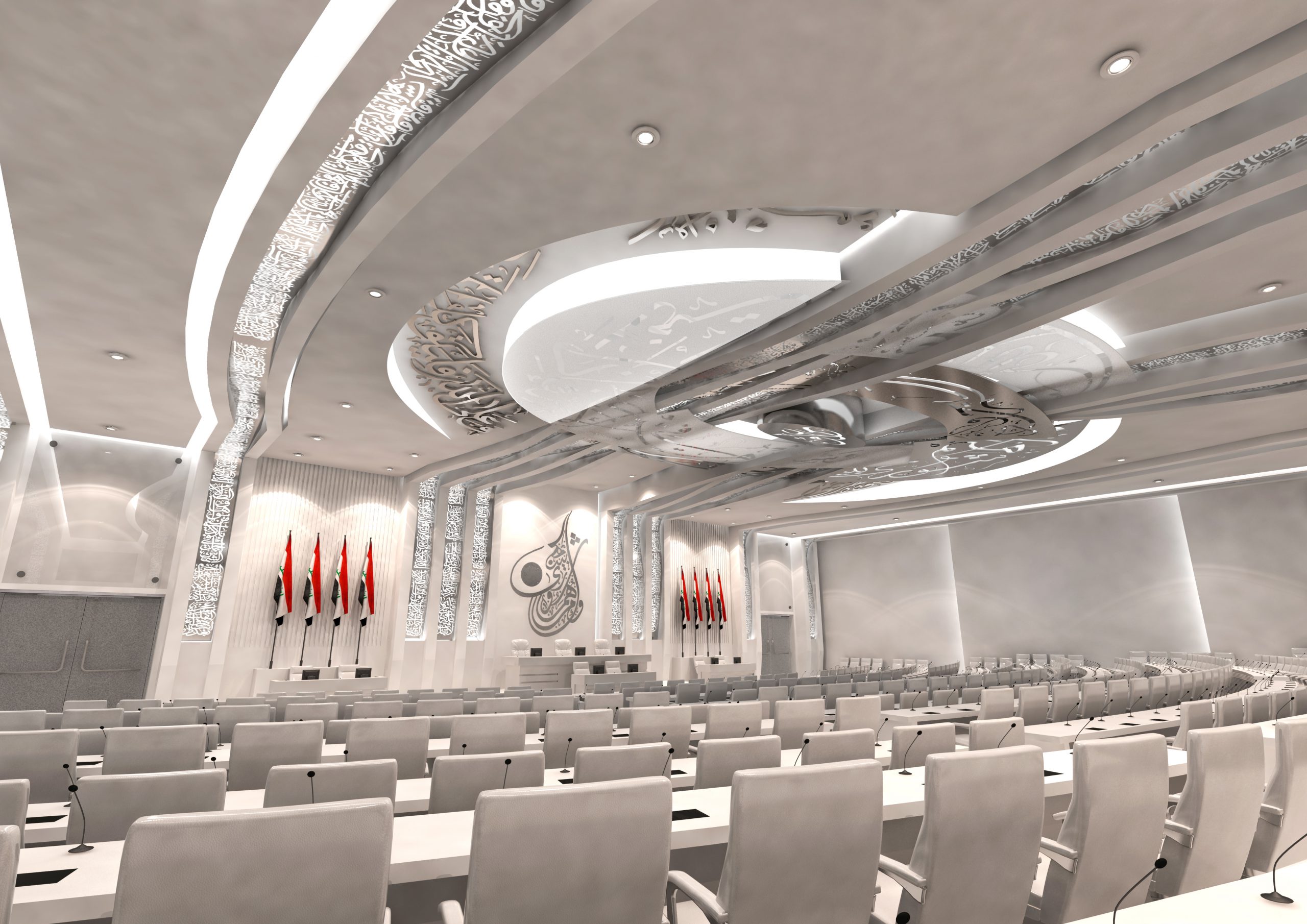