Squadra Architects were invited to form a joint venture to design a concept scheme for competition by invitation for TDIC in Abu Dhabi.

In view of the ultra-modern nature of Saadiyat Island, the design employed new interpretations of traditional elements. Thus, the dome of the mosque is inverted upside down and its base is covered with calligraphic verses about prayer which can be seen from the air.

The traditional concept of a cylindrical minaret is to contain a stairway for the “mu’ezzin” to climb up to call people to prayer. Since loudspeakers do the job in modern times, our minaret is reduced to a symbolic flat slab of stone, which is erected at a slight inclination.

The site is divided into four segments of landscape, representing four of the five pillars of Islam. The prayer-hall itself represents the fifth pillar.

Unlike conventional mosques where calligraphy is used merely to decorate facades, calligraphy here forms an environmental filter that controls the amount of daylight passing inside during the heat of the day and creates an attractive image at night as the light inside shines out. 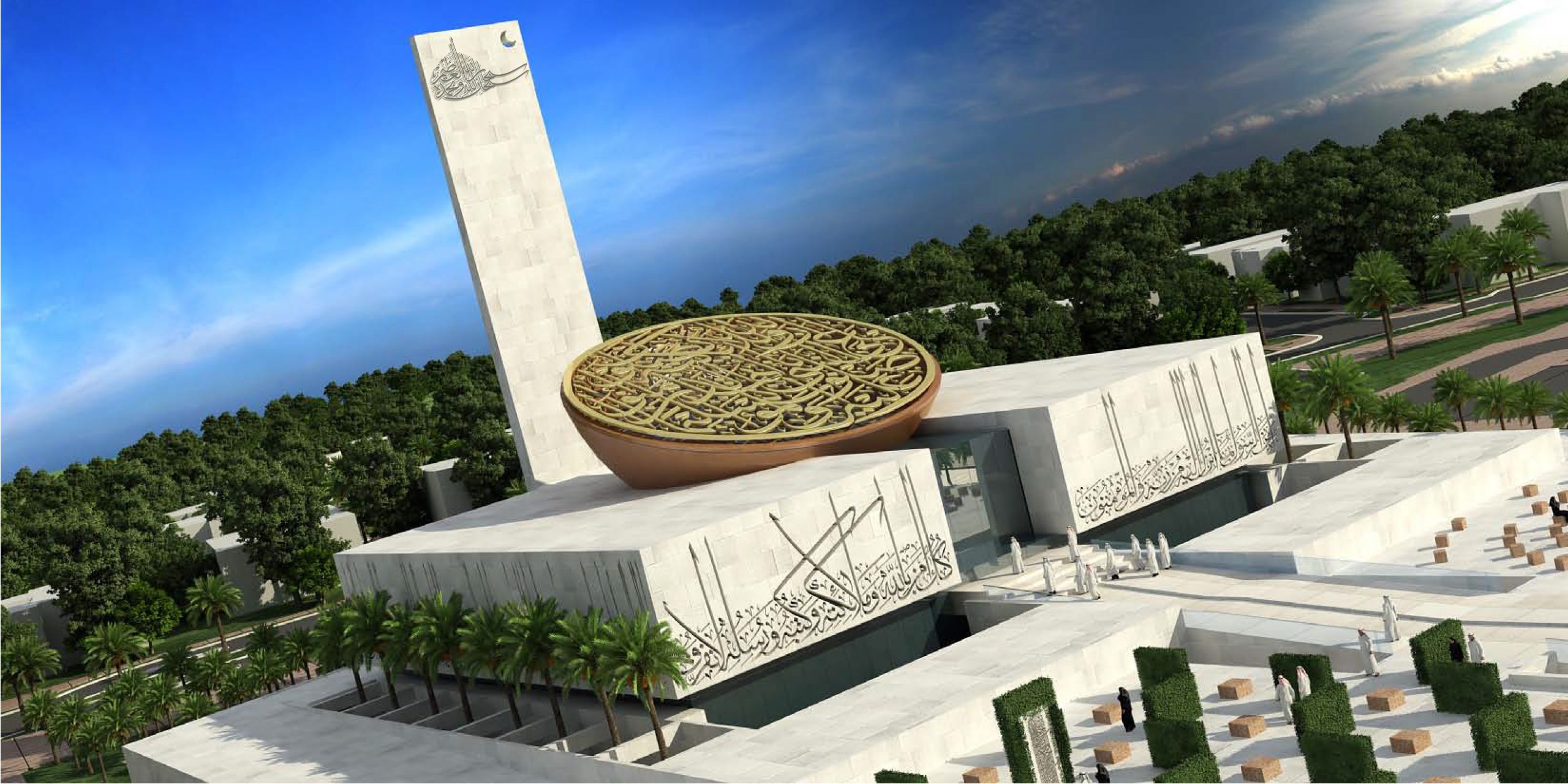 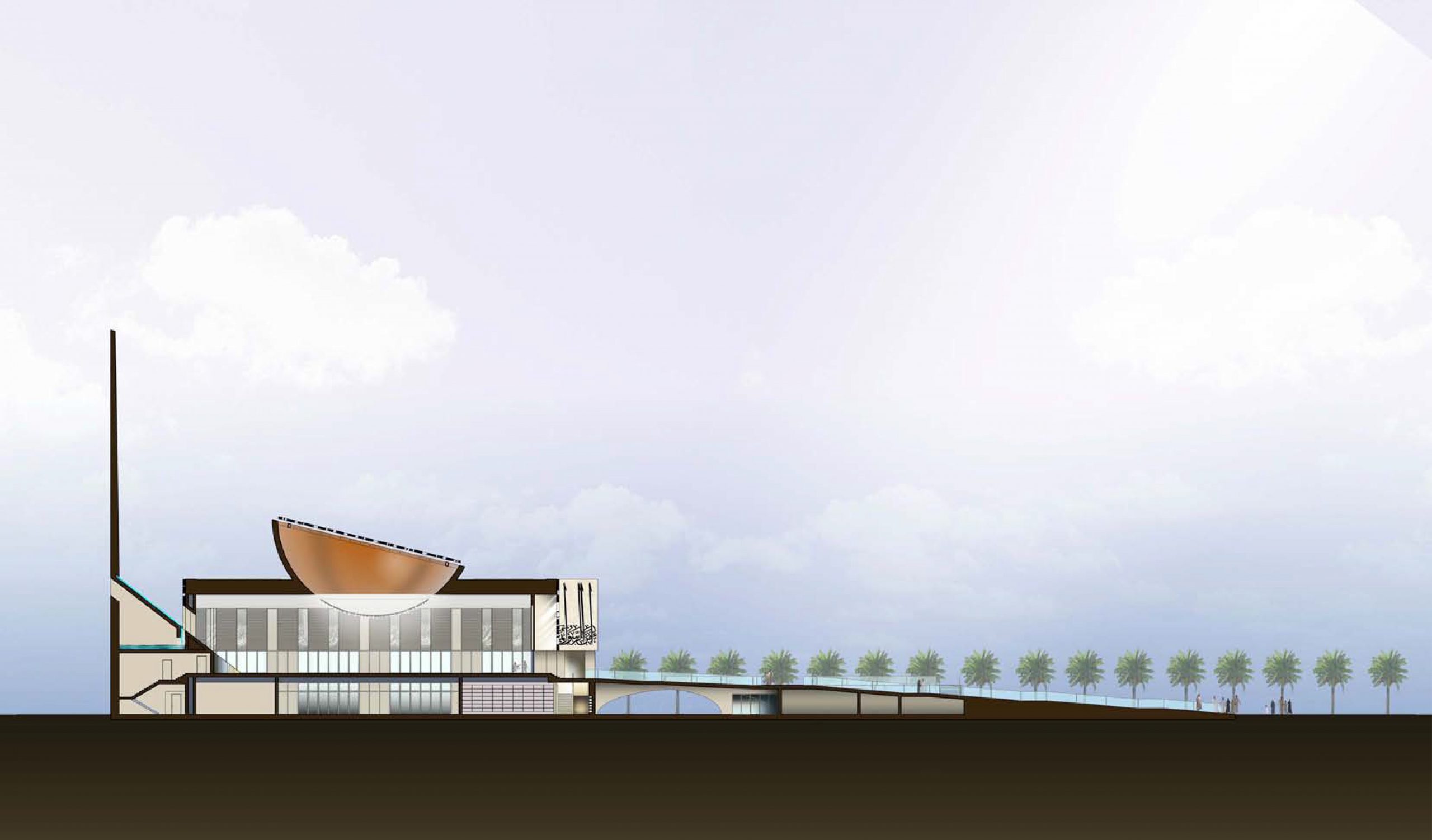